Johan Hyllner on moving back to Sweden 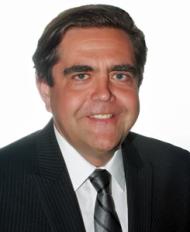 We caught up with Johan to see what his plans are post Catapult.

Johan Hyllner, A founder of Cellartis, was recruited as Chief Scientific Officer at the Cell and Gene Therapy Catapult in 2013. This year, after assisting the organization to grow from 12 to 170 people, he announced he will be leaving the organization.

Basically, Johan left Catapult because he missed Sweden. His children finished their studies and moved back to Sweden and after 5 years abroad he thought it was time to return to family, friends and the closeness to nature he missed in the UK.

Johan’s current engagements aim to promote effective therapies that can be reimbursed. Technologies that are based on fantastic research, with a patient need, a medical treatment, and the delivery of something better than existing medicines.

He is excited about the work that CAMP is doing and says our role in building strong national level connections between our researchers, authorities, industry and healthcare will give CAMP the edge on other International organisations. He says passionate and engaged people are key to future successes, plans and actions!

Johan will move to Gothenburg and is currently open to options of how he can help support the Swedish ATMP industry.

Heather: Every time I try to contact you you seem to be at or on your way to some beautiful place in the world. Where are you!? What are you doing??

Johan: Right now I’m trying to find a quiet space where there is no wind as I’m in the Canary Islands with my windsurfer…ironically there’s too much wind for a phone conversation but not enough for windsurfing!

Heather: I can see why you are interested in windsurfing coming from the windy west of Gothenburg! Thanks for chatting with me between gales. Can you tell me a little about why you decided to leave Catapult?

Johan: I really loved working at Catapult, it was a great place, a great position and great people. My colleagues were quite surprised to hear I would be leaving but after 5 years of being there my children finished their studies and moved back to Sweden and I started to miss hobbies like lobster fishing, mushroom picking, being close to nature. Things that I just had to come back to Sweden for.

Heather: This is really quite Swedish of you to make such a big decision based on lifestyle!

Johan: I guess so! I do really love the UK and have enjoyed living in central London but I’m also looking forward to moving back to Gothenburg. So basically, family, friends and being close to nature.

Heather: So when are you actually moving back to Sweden?

Heather: Fair enough! You are a scientific advisor to CAMP and you don’t look old enough to retire, are you now interested in a more active role in the development of the Swedish ATMP sector?

Johan: I’m working on the grey hair! Currently I sit on many boards and advisory committees, have an adjunct professorship at Linköping University and through the EU am coaching the growth of 6 young European companies….so I guess this is not retirement! I’m completely open to options at this stage, just haven’t decided on anything yet!

Heather: Under your time at Catapult the organization expanded from a dozen to 170 people. What would you say were the major drivers in building the success of this organization?

Johan: We really benefitted from a positive, and continuing, UK climate where the UK government, Innovate UK and industry have strongly invested in the organisation. This however, would not have been possible to build without the passionate and engaged team at the Catapult.

Heather: From your experience, what advantages/opportunities do you see Sweden having right now in establishing themselves in the ATMP sector?

Johan: Sweden is of course more advanced now than Catapult was in the early days. Over the years more approved ATMPs and a clearer regulatory environment has been developed. Being a small country is a strength. We can easily build strong national level connections between our researchers, authorities, industry and healthcare stakeholders. CAMP has such an important role in this. All the ingredients are here, devoted people, excellent science and a drive to bring better therapies to patients. There’s no reason CAMP cannot become a success, just as the Catapult.

Heather: To balance this, what areas should we focus on improving in Sweden to be Internationally competitive?

Johan: We need to do something that bases itself in strong international relations. We’re very good at carefully organizing solid plans in Sweden but we sometimes struggle to balance this with action. We are all familiar with the saying ‘mycket snack, ingen verkstad’. We have been working with and discussing the development of the cell and gene therapy industry in Sweden for more than a decade now, we have a great plan, we just need to do it!

Heather: What is your primary interest now in ATMP? Like myself your passions were rooted in hPSC, has this changed?

Johan: I would say so actually. Honestly my greatest interest now is to bring effective therapies to the patients that can be reimbursed. We need to promote all technologies that are based on fantastic research with clinical perspectives. We need to make sure there is a patient need, a medical treatment, and that the therapies we develop are affordable and offer something better than existing or other emerging medicines.