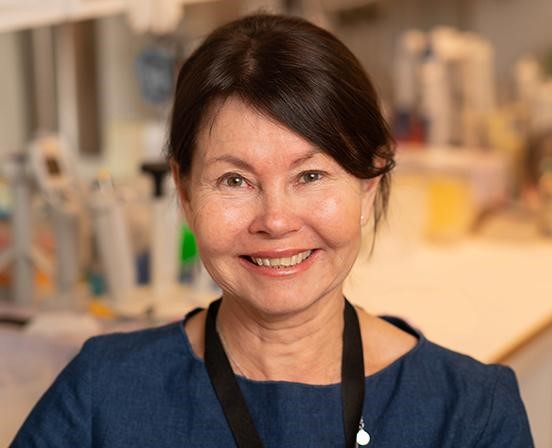 Completion of Phase I clinical trial treating patients with Acute Intermittent Porphyria (AIP) with the RNA interference ATMP gene therapy Givosiran (ALN-AS1) shows promising results, with a 79% reduction in acute attacks compared to placebo controls. The study was published in the New England Journal of Medicine by lead author Dr Eliane Sardh, a Swedish clinician focused on novel therapies for Porphyrias through her leadership of the Porphyria Centre Sweden.

The Porphyrias is a group of genetic disorders associated with mutations in any of the 8 enzymes required for heme synthesis. Upregulation of the first and rate limiting enzyme in hepatic heme biosynthesis ALAS1 (delta aminolevulinic acid synthase 1) leads to accumulation of heme precursors before the respective deficient enzyme.  These metabolites are toxic at high concentrations and can result in acute porphyria attacks. These attacks are potentially life-threatening with severe abdominal pain, nausea, vomiting and possible paralysis. Current treatment involves infusion of a form of heme called hemin, which suppresses the formation of toxic metabolites associated with the disease. “Hemin has saved the lives of many patients and will continue to be important, but it’s only for acute treatment” says Eliane Sardh. “For patients with recurrent attacks, no other curative treatment is available than liver transplantation.”

Acute intermittent porphyria (AIP) is the most common form of the acute hepatic porphyrias and was the focus of the recent study. The ATMP gene therapy Givosiran, based on reduction of delta aminolevulinic acid synthase 1 (ALAS1) messenger RNA (mRNA) levels, reduced toxic metabolite levels to near normal and decreased the need for hemin treatment by up to 83 per cent. These effects were sustained for at least one month and likely explain the drastic reduction in attacks experiences by the study subjects. “This study provides great hope for the prevention of Porphyrias and generally towards the management of genetic diseases. We are very proud to be extending our investigations and look forward to broad access for Porphyria patients”, concludes Eliane Sardh.

Givosiran was developed by Alnylam Pharmaceuticals, who are developing a range of RNA interference drugs as genetic medicines to target hepatic infection, cardio-metabolic and CNS/Ocular diseases. Givosiran is one of the companies most advanced therapies, currently in Phase III clinical trial for Acute Hepatic Porphyrias (AHP) and on target to be available as early as 2020.