In April 2021 Professor Anna Falk of Lund University was awarded a Tillväxtverket pilot study to investigate the possibility of an “Innovation catalyst for precision medicine with iPS cell therapies”. The project would investigate the opportunities and risks in the development of hPSC-ATMPs in Sweden to understand what the most critical support to drive Sweden’s established dominance in hPSC research to curative clinical treatments. Tillväxtverket is Sweden’s government authority responsible for promoting economic and regional growth including running infrastructure development programs. Thus, this was not to be an academic research or technology project but ‘how can we establish more companies and create more jobs around hPSC-ATMP in Sweden?’ 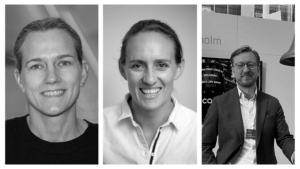 Anna (left) recruited Karolinska Institutet’s hPSC-ATiMP developer Dr Heather Main (middle) and Ajdin Jakupovic (right), ex-VC and Business Developer, to strengthen her team in charge of study design, execution and data analyses. The Swedish ecosystem was mapped and engaged, and the status was contrasted continuously against the international landscape to help pinpoint where Sweden’s strengths and weaknesses lie in hPSC-ATMP.

Commercial stakeholders, Quality Assurance participants and project/product responsible personas were enrolled in qualitative interviews and workshops to determine current challenges in hPSC-ATMP development and critical factors to be addressed towards a prosperous economic development of the ATMP-space in Sweden. Companies enrolled in the National aspect of the pilot-study were Takara Bio Europe, Procella Tx, Cline Scientific and CCRM by way of Swedish National Elias Uhlin (now employed by Lund University). Among academics, the study gathered data from hPSC-ATMP developers including Assistant Professor Fredrik Lanner, Karolinska Institutet and Professor Malin Parmar, Lund University. Workshops were held at either Principal Investigator and/or Quality Manager level. This small repertoire of Swedish actors was determined to have hands on experience in GMP development of hPSC-ATiMP, though none had yet reached clinical trial.

A closed international symposium was also held to get a glimpse of products further advanced than the National programs and what we may learn from them for Sweden’s future hPSC-ATMP development. World leading hPSC-ATMP companies who participated were Semma Tx/Vertex Pharmaceuticals, Aspen Neuroscience, Notch Tx, Novo Nordisk, AstraZeneca, Cynata Tx, BlueRock Tx and Fate Tx. There was an overwhelming interest both Nationally and Internationally to participate in this forum, confirming the ever-growing need for collaboration, networking and discussion in this emerging field. The group continues to meet on a monthly basis.

After data collection and analysis, six (6) critical areas were identified from the study as barriers to development and commercialization but also as areas where opportunities for growth lies:

Of these six challenge areas, the needs in 1, 2, 3 and 5 were not determined to be addressed/planned by any existing hPSC-ATMP or ATMP initiatives and would thus be the focus of further activity by the project group.

The pilot study determined that it was too early to follow up with a Tillväxtverket implementation project around setting up an Innovation catalyst for hPSC-ATMPs in Sweden. The small expert pool in Sweden is currently very ‘hands on’ in their projects and through necessity are pioneering solutions for future products in regulatory and technology aspects. There is a current need to support this pioneering group in networking, collaboration, competence and skill development and to pass on these capabilities for the next generation of developers. An increased competence pool, not facilities, is what is needed right now. The pilot study succeeded in identifying areas in need of attention in Sweden to facilitate hPSC-ATMP development, connected and strengthened the Swedish hPSC-ATMP network and marketed Sweden internationally as a driver in the space.

Following completion of the Tillväxtverket pilot study, the team formed the company HOYA towards supplying the necessary knowledge and competence development and to further build and connect the hPSC-ATMP network.

”The name HOYA comes from all of our founders working at one time in the ‘La Jolla’ biotech hub, California. Also, from the Swedish ‘höja’, translating to ‘elevate’, linking to our aim of taking our clients to the next level in hPSC-ATiMP development, not just ‘the bench’ to bedside but to commercialisation and reimbursement.” says Anna Falk, co-founder of HOYA. 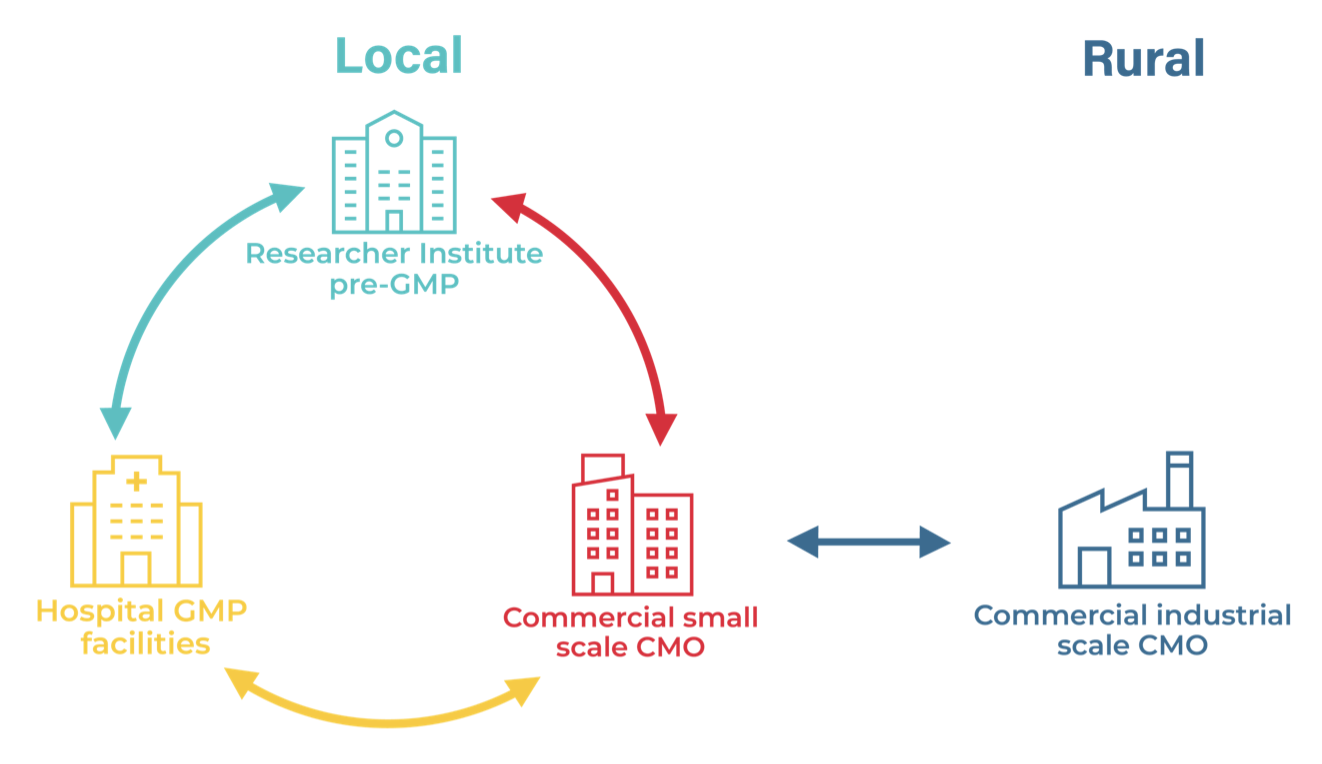 Since the pilot study concluded in April 2022, the HOYA team has continued to follow up on the needs identified in the Tillväxtverket report and are now releasing a series of white papers overviewing the challenges and possible models for combatting the 6 challenges identified in the study. The white papers will be published on the HOYA website, the first on Manufacture is available now including a summary of proposed relationships and geographical locations of GMP relevant manufacture facilities (see figure).

This Tillväxtverket pilot study builds on previous and existing projects, and findings within Sweden around hPSC-ATMP development including the completed Swelife-ATMP project, CAMP project and IndiCell Innovation Millieu.